“A flickering flame: is the Olympics ideal dead?” My contribution to BBC World Service Newshour Extra 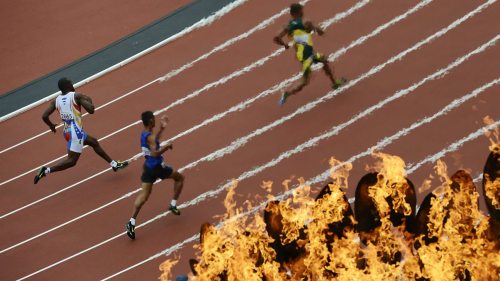 “The important thing in life is not to win but to take part, the essential thing is not to have conquered but to have fought well”. So said the founder of the modern Olympic movement, Baron Pierre de Coubertin, at the end of the 19th Century. How does his noble ideal fit with the modern phenomena of professionalism, doping, individual financial gain, nationalistic pride, huge corporate sponsorship? Is the Olympic ideal still alive? In this week’s edition of the programme, as the Rio Games approach, join Owen Bennett Jones and his guests as they discuss the present and future of the Olympics”.

David Goldblatt – Author of The Games: A Global History of the Olympics

Posted in Philosophy of Sport